It has a taken a bit of time, but thanks to the visit of Eleanor Green to the MAGMA team we managed to implement the thermodynamic melting model of Holland & Green in MATLAB. The model, which was published by Holland et al. in the Journal of Petrology last year, was originally developed in THERMOCALC. Yet, as THERMOCALC is not automatized, it cannot be directly coupled with geodynamic models. Other codes, such as Perple_X require a reformulation of the full model, which is bug-prone. For this reason, we have implemented our own version in symbolic python and matlab. Results agree up to the many digits precision, and getting there involved numerous emails to the other side of te planet, and -ultimately- a personal visit. This is an important step, but only a first one. Next, Nicolas and Boris are continuing their work on different solver strategies, with the aim to automatically compute stable assemblages. 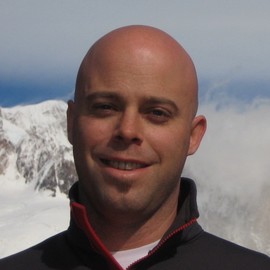 I am interested to understand geological processes, and predominently do that by developing and comparing computer simulations with available constraints.